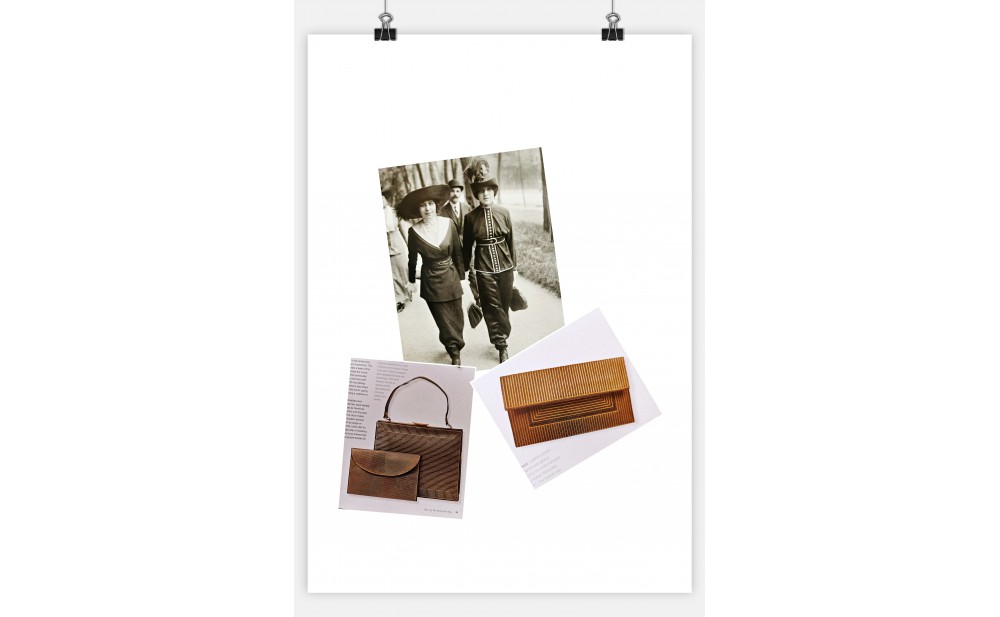 We Described Lean Silhouette and Beaded Bags in 1910 yesterday, here we

Edward VII died four years before the outbreak of the First World War, to be succeeded by his son, George V. George had none of his father’s love of flamboyant society; his stalwart values, of duty before pleasure and a sense of responsibility, were appropriate for the somber days that lay ahead.

The suffragettes had sewn the first seeds of feminism before the war, but it was only as the young men departed for the trenches of Flanders, many never to return, that women were not only allowed but encouraged to take their place in the workforce.  Their jobs, as volunteer nurses, in the land army, in industry and at the munitions factories, meant that women were, for the first time, earning their own money.

After the First World War, having experienced the autonomy of the workplace, many women were no longer prepared to work in service to the aristocracy or to be content with merely running a household.

The war have given even aristocratic women a taste of the satisfaction to be had in working outside the home, as they assisted the war effort with their previously untapped organizational skills they had accrued from running a large household.  The increasing mechanization for cooking and housework also freed women to spend more time outside the home: going to work, lunching with friends, attending a matinee or visiting the local lending library.

Fashion responded to the practicalities and informality of women’s new status.  Women were literally much more visible on the city streets as hemlines rose, stockings became flesh-colored and blouses were allowed to be open-necked.

The tailor-made costume became the uniform of the modern woman, constructed in sensible fabric, such as serge or tweed, or linen in summer, with a shorter, full skirt for ease of movement.  This more utilitarian way of dressing required a more practical bag, and the long drawstring, of the Dorothy bag were shortened to accommodate its plumper, more commodious shape.